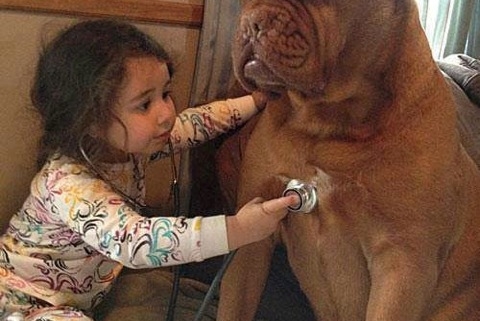 The noncompliant patient who convinced me to study PT

We didn’t do any therEx. It was, in a way, the least physical physical-therapy appointment I’d ever seen.
But it was this appointment that opened my eyes to the profession and convinced me to go to PT school.
I was shadowing at a physical therapy clinic for the first time. I watched appointments quietly, worried about getting in the way, and asked shy questions. This patient arrived for her follow-up appointment late. Her face was flushed and she talked quickly, spilling out every inconvenience of a bad day, her general frustration with the medical system in general and several nurses in particular. She didn’t understand her radiology report, no one would explain it right, they said she was taking up too much of their time, she was running late, it was too hot out…
The PT nodded along, then gently mentioned the HEP.
Now the patient looked as if she was going to cry. She hadn’t done it, she didn’t know if there was any progress, it was so warm in here…
My mentor asked if the patient would like to use the session for soft tissue work, ultrasound, and looking at the radiologist’s report together.
The patient finally stopped for breath.
After some quick gross motor tests, we went back to a private treatment room, where the PT gave manual therapy and ultrasound, and listened. She gently offered perspectives (“you know, it’s likely this person didn’t mean it that way…”). She summarized the radiology report in a few sentences, and the patient immediately accepted it (“See, why didn’t they say that?”). In the end, the PT reassigned the previous HEP, and the patient left calm, breathing deeply.
After she left, the therapist saw my puzzled face and quietly told me some previous conditions in the patient’s history to explain her emotional instability.
I left, thinking.
The patient had a distorted view of pretty much everyone she talked about. She complained about other medical professionals, she was impatient with people in general. But she was convinced that the therapist was on her side. The therapist cared.
One of my classmates says that they were inspired to pursue PT when they realized how physical therapy treatment helped them “mentally and not just physically.” This is similar to my own motivation. This appointment was one of the first times I realized the wonderful opportunity PTs have to treat a whole person – to come alongside people who are hurting or frustrated or just have questions, and to be on their team as they heal.
I know I’m preaching to the choir – if you’re reading this blog you’re probably a healthcare  provider  and you know what an influence a person’s emotional health can have on their success in therapy.  But I’m hoping that the story can encourage you when you are teaching students. We learn more from watching you than hand positioning for goniometry. We see you motivate patients to push on and achieve their goals. We see your compassion, and the ways that you carefully gain a patient’s trust. Soldier on! We’re learning from you.
https://bestptbilling.com/wp-content/uploads/2020/10/grump.jpg 578 480 Tom Jorno https://bestptbilling.com/wp-content/uploads/2018/08/transparent-Best-Pt-re1-500x324.png Tom Jorno2020-10-15 08:00:002020-10-14 09:37:06Treating the Whole Patient.

The Importance of Language in Your Practice