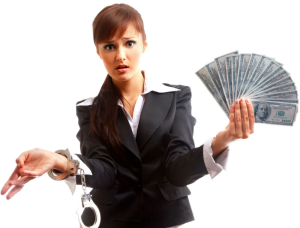 When it rains, it pours. Just when Shannon thought it could not get any worse for her physical therapy practice after failing a recent audit, she received another letter from Blue Insurance. This time they wanted her to pay back the money she had already received for the claims that failed the audit in addition to paying a hefty penalty of $30,000.

“Maybe you should contact a compliance expert,” Mike said. “He might be able to help you navigate through this audit-aftermath without losing your practice.”

Shannon was trying to fight back the tears as she responded: “I guess it’s worth a shot.” She was not sure anyone could help her make it through this audit fiasko in one piece, but she had to at least try to save her dream of having her own physical therapy practice.

When she met the physical compliance expert, David, later that week, she did her best to stay composed as he prepared her for the worst case scenario.

“My biggest concern right now is that Blue Insurance will blacklist you,” David explained. “Because once they do, all the other insurance companies will come after you like a pack of wolves, and you will be dealing with even more audits.”

“I have a feeling that is not even the worst that can happen,” said Shannon.

“Unfortunately, it’s not,” David admitted. “You could also lose your license, not to mention the legal fees you would incur if they take you to court. In case you are convicted for fraud, you could also serve time.”

Shannon swallowed hard. She started thinking about her patients. What were the chances of her patients staying loyal throughout these fraud accusations? It’s not like they would understand how difficult the insurance companies made it for PTs to stay compliant. Would anyone believe that she really was not trying to cut corners?

“Is there any way to do damage control so that I don’t lose my patient base?” she asked as her voice quivered with fear. “I realize I probably won’t get any referrals until this is over. But I can’t afford losing my current patients, too.”

David sighed. He felt Shannon’s pain and wanted to reassure her. But he had to avoid giving her false hope. She had to be ready for an uphill battle, no matter how ugly it might get, if she wanted to prevail.

Have you ever been audited or do you know anyone who was audited?
What was the worst part about it?

Leave your comments below!